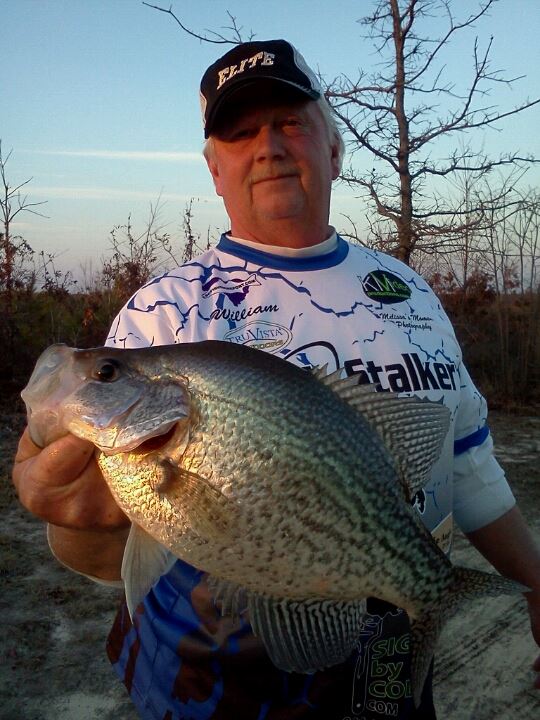 On April 1, 1989 I fished my very first crappie tournament on the famed Santee Cooper lakes in South Carolina. I finished in 11th place, but more importantly, I was hooked on tournament crappie fishing! 26-plus years later my passion for crappie fishing is burning hotter than ever, and while I still compete in numerous South Carolina local events each year my career has transitioned to also fishing regional and now national tournament trails. This transition began in 2011 when I won the regional Southern Crappie Tournament Trail event on Lake Oconee, Georgia, and accelerated in 2012 when I finished 4th in a Crappie USA national event on Lake Wateree, South Carolina. My string of national success continued in 2013 when I finished 2nd in a national Crappie USA event on Crescent Lake Florida, but when I placed 7th in the 2014 Crappie USA Classic I was certain that I could compete on the highest levels. A 3rd place finish in a national event in 2015 confirmed that I was on the right track, and so I will continue to prioritize competing in national events. Overall, with more than 500 top-ten tournament finishes over the last 26 years, I have had success at all levels of crappie fishing, and look forward to continuing to fish state, regional and national tournaments in the years ahead.

While I have a passion for competing in tournaments and testing my skills against the best crappie fishermen in the world, I also have a passion for promoting the sport of crappie fishing and helping people learn to catch more crappie. When I am not on the water I can be found sharing information on crappie fishing with other fishermen through social media networks, giving interviews for articles, and more. For approaching ten years I have provided insightful fishing reports to SCFishingReport.com and the South Carolina Department of Natural Resources, and fishermen constantly thank me for the updates and information I give. Some people wonder how I can afford to share so many techniques and secrets, but when you have a passion like mine for crappie fishing you want to share and help others find that same passion – while of course keeping a few tricks up your sleeve!

Born in the small town of Chapin South Carolina. I grew up fishing small ponds and the shores of Lake Murray. In 1998 I won the little river marina crappie tournament on Lake Murray and have been hooked ever since. My passion for the sport grew and I started to travel fishing multiple Crappie USA tourneys and as luck would have it winning some Pro tournaments. I knew if I could compete with the best crappie fisherman across the country with my competitive nature I would do just fine. Most memorable tournament win was in  2018 being crowned the Crappie Masters Florida State Champion. Over the years I have been lucky to have some of the best sponsors in the Crappie fishing industry. Having sponsors that make great products makes our job easy. So after all these years I'm still addicted to the thump and the promotion of the sport of crappie fishing. One of the most important things we can do as tournament anglers is take a child fishing every chance you get; because children are the future of our sport.